A great new gallery of Dungeons and Dragons material from 1981-83 contributed by Kevin Campbell.  This is why we offer drafting classes in high school, people.  I suggest they be mandatory. 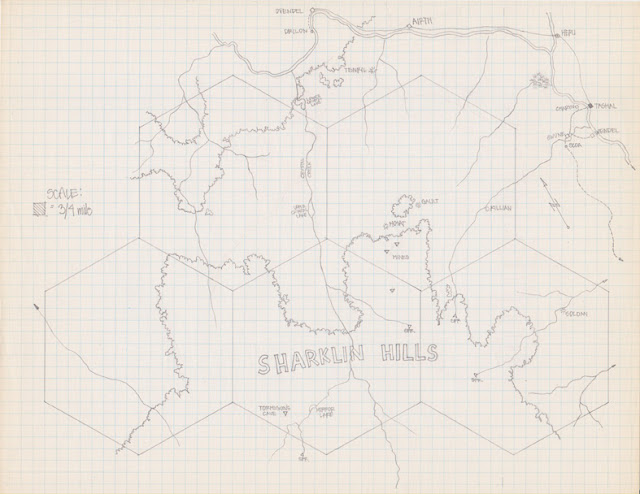 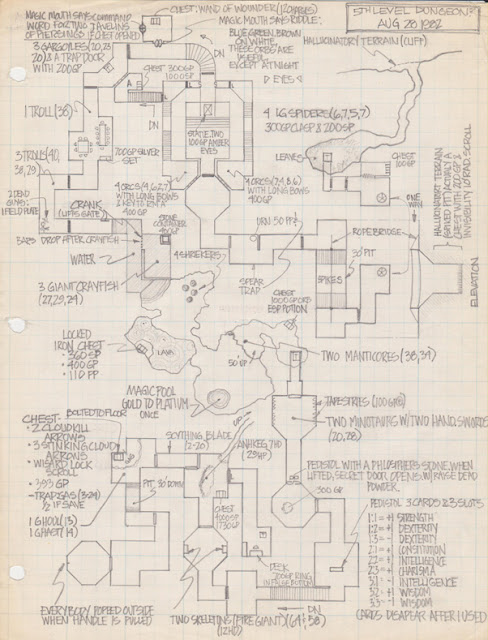 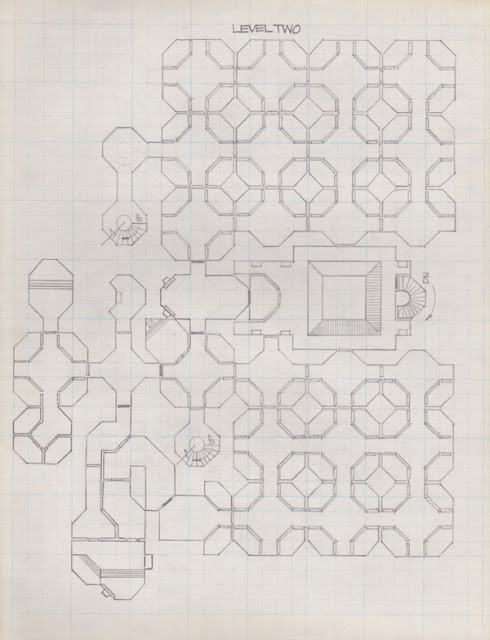 This drawing could live a double life in the sketchbooks of a third generation Minimalist.  It's beautiful. 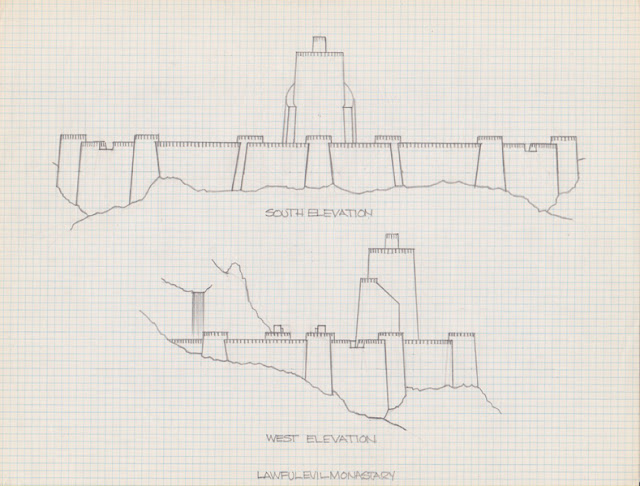 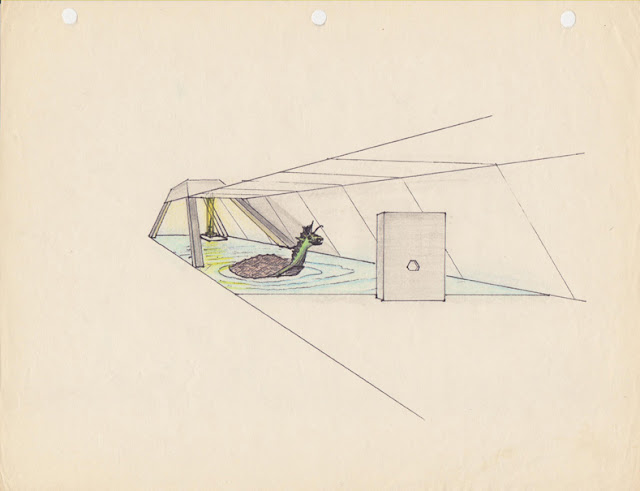 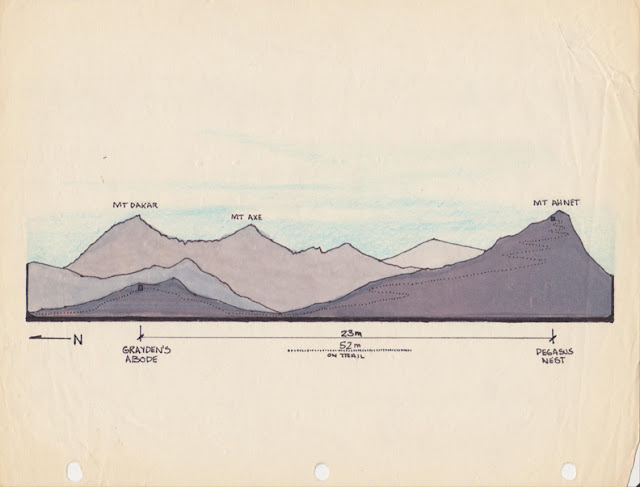 C'mon, this is so well done. 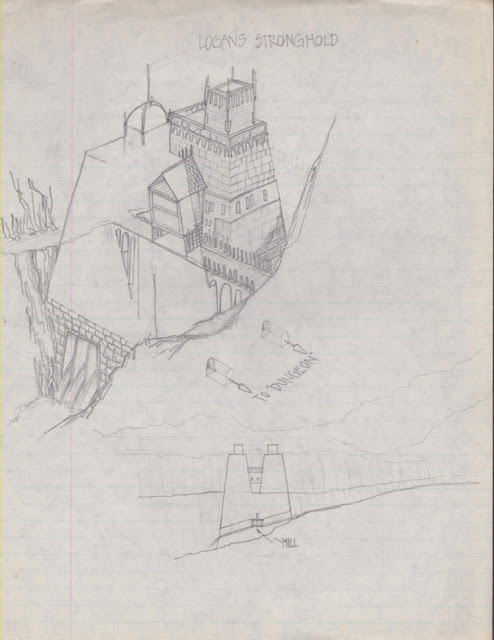 Fast and loose is just as beautiful as careful finishing. 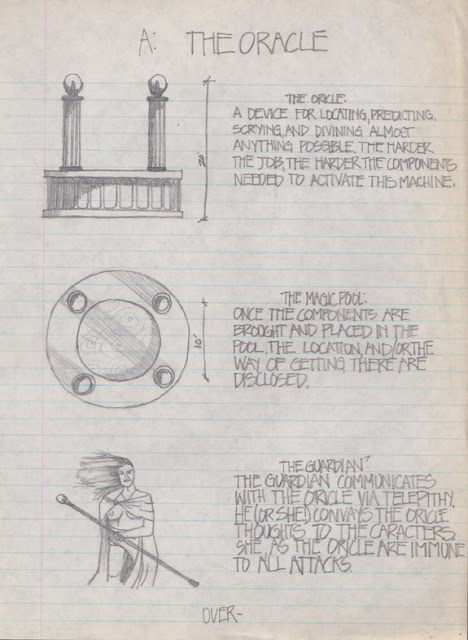 Contributor James Brigham has donated about eighty documents created in Indianapolis between 1993 and 2011.  The games played range from various D&D versions to Warhammer Fantasy to GURPs and Aces and Eights, and are mostly made up of character sheets which have seen various amounts of use.   There is a good selection of scribbly GMnote sheets created during game play, tracking hit points and spell use and character stuff.

Here are some highlights: 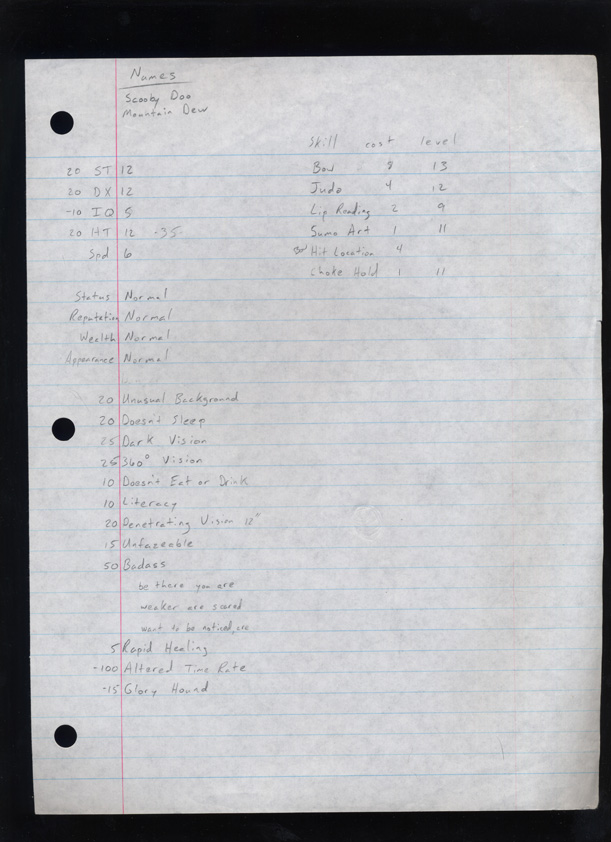 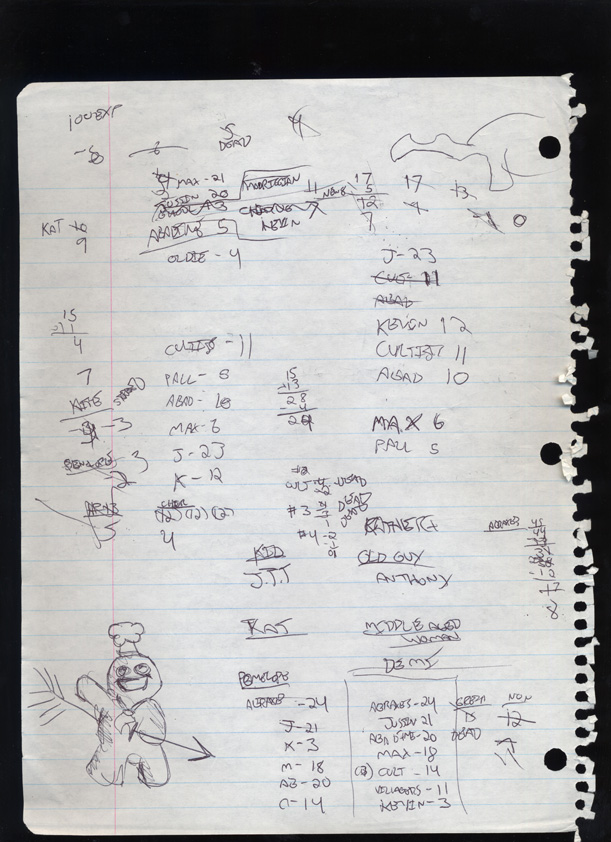 Running game notes and math is always a favorite of mine. 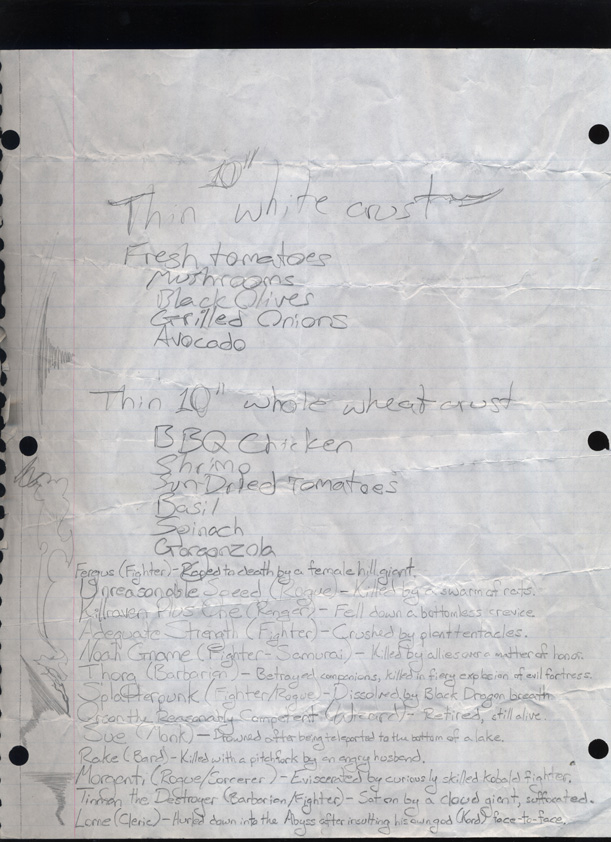 These people ordered some fancy pizzas.  I wonder about the order in which this
paper was written out.  I can't help but feel that the the scrawled pizza order
must have come AFTER the carefully written list of character deaths, because why
would anyone write such a nice list on a piece of sullied paper?  But that doesn't make sense
because the list was begun on the lower half of the paper... A sweet map that has seen a lot of use. 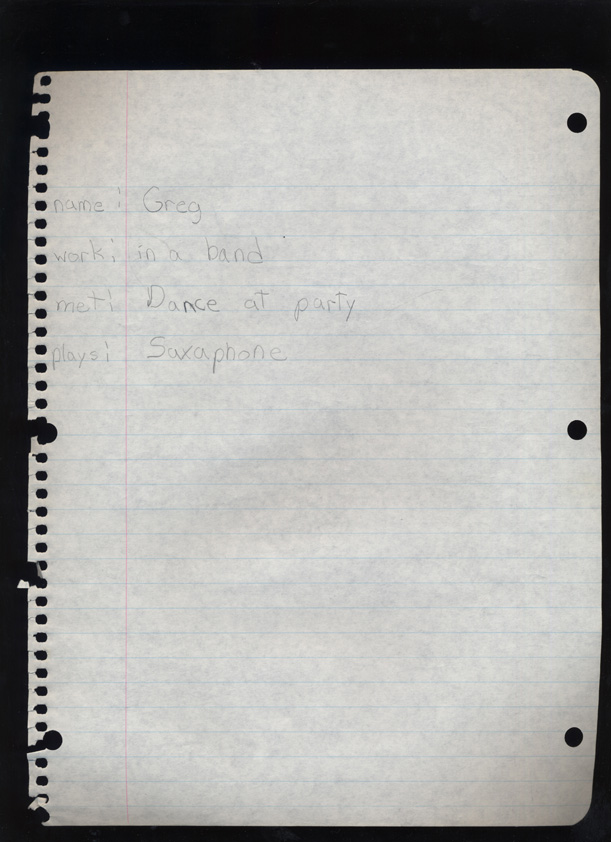 Mysteries abound.  Is this about the game, or about a player, or completely unrelated? 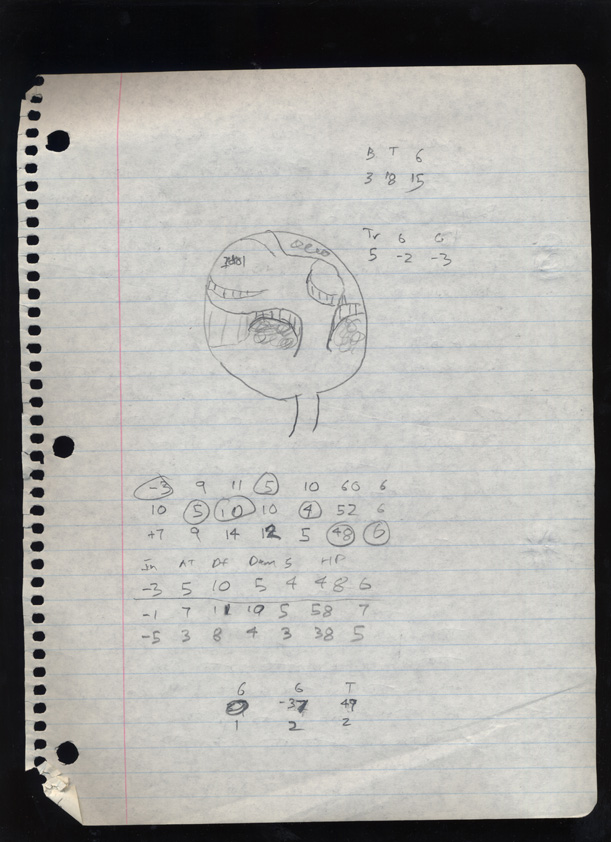 It took me a minute to figure out that the circle in the middle represents a complex
piece of topography.  I'd initially seen it as a confusing cartoon face. 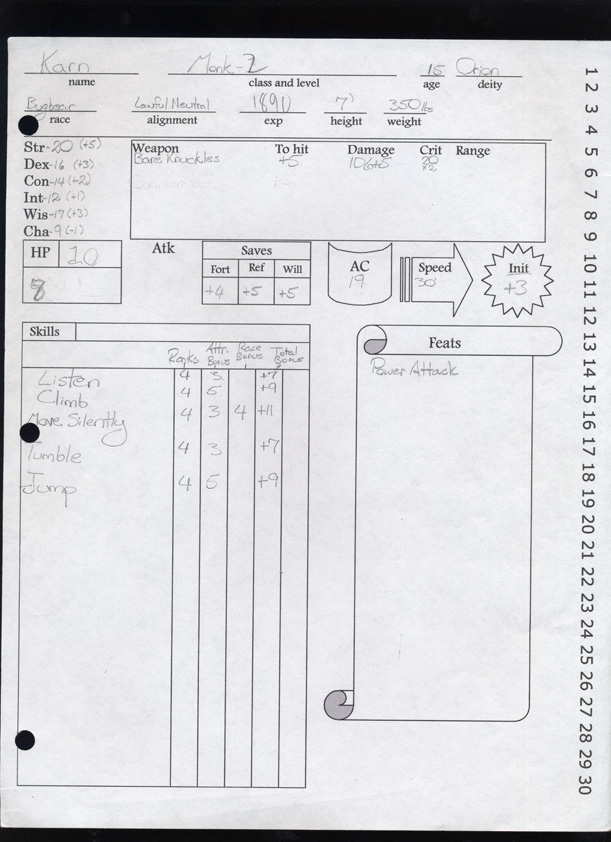 I'm not sure if this is a homebrew character sheet or not. 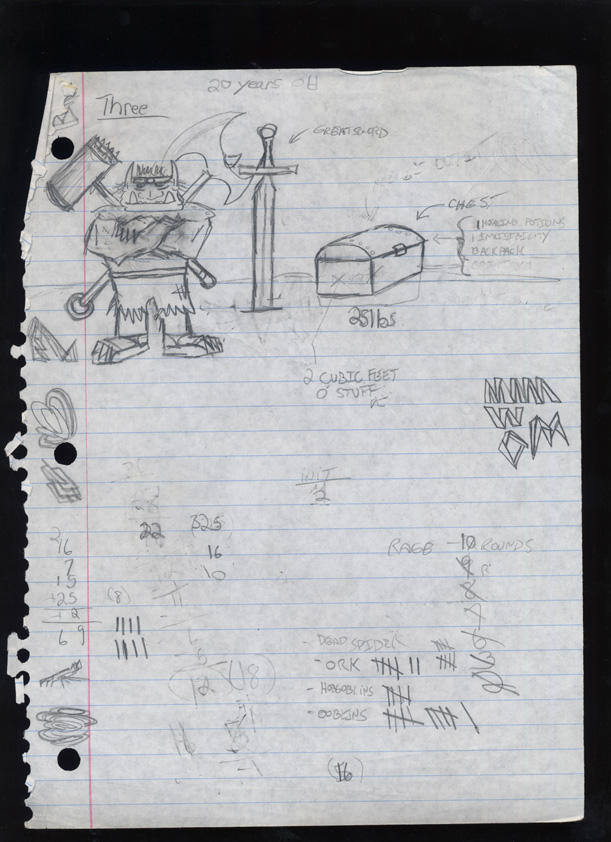 There are some pretty amusing little drawings in this donation packet.